Too Long Didn’t Read Is A Big Problem

I have encountered many online arguments where people are arguing over a headline and if they actually read the story there would be nothing to argue about. I also see a lot of social media posts where it is obvious people commenting did not read the story.

I also have personally been in online arguments where I would share a story providing some background and the person would literally say TL:DR as you can see below. 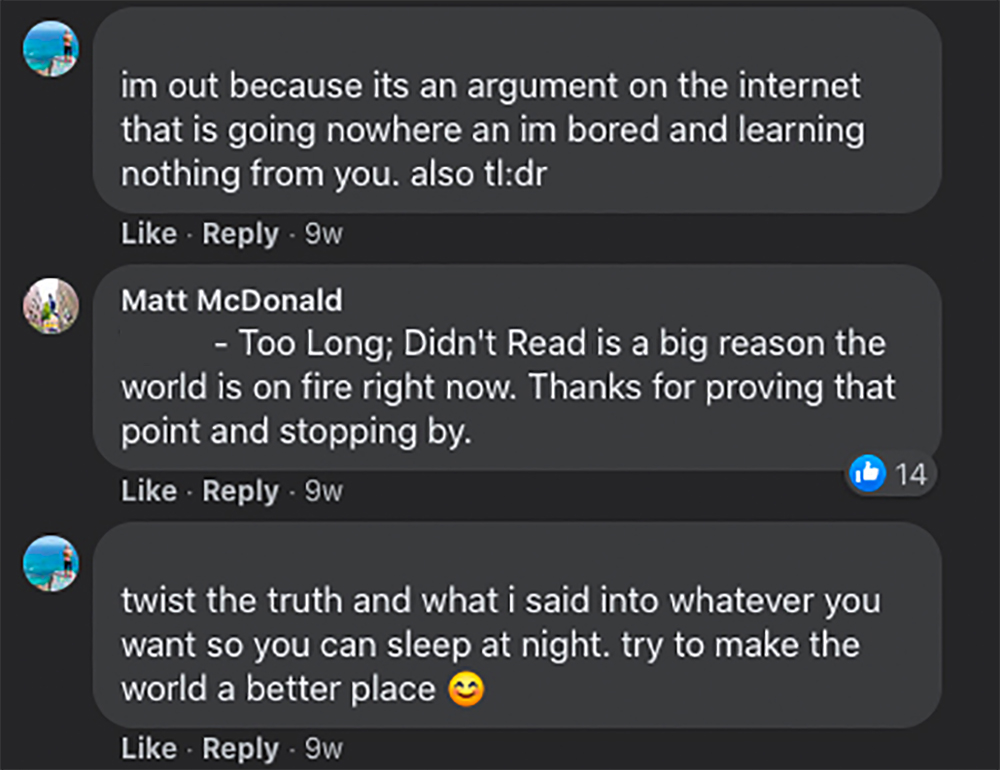 This is frustrating in the modern era of social media driven news and debate. We can criticize the media for click bait all we want, but if we do not read the story, and only read comments, and the headline we are only part of the problem.

I also encountered this on another story about REI selling their new campus in Bellevue. The story said “Seattle area” and a bulk of the comments were based around people saying “everyone is leaving Seattle” due to the taxes and protests. In reality, the headquarters were in Bellevue and the move had nothing to do with taxes or protests. If you read the story you would see the headquarters are based in Bellevue east of Seattle.

Please go beyond the headline an read the full story. We will all be better of for it. 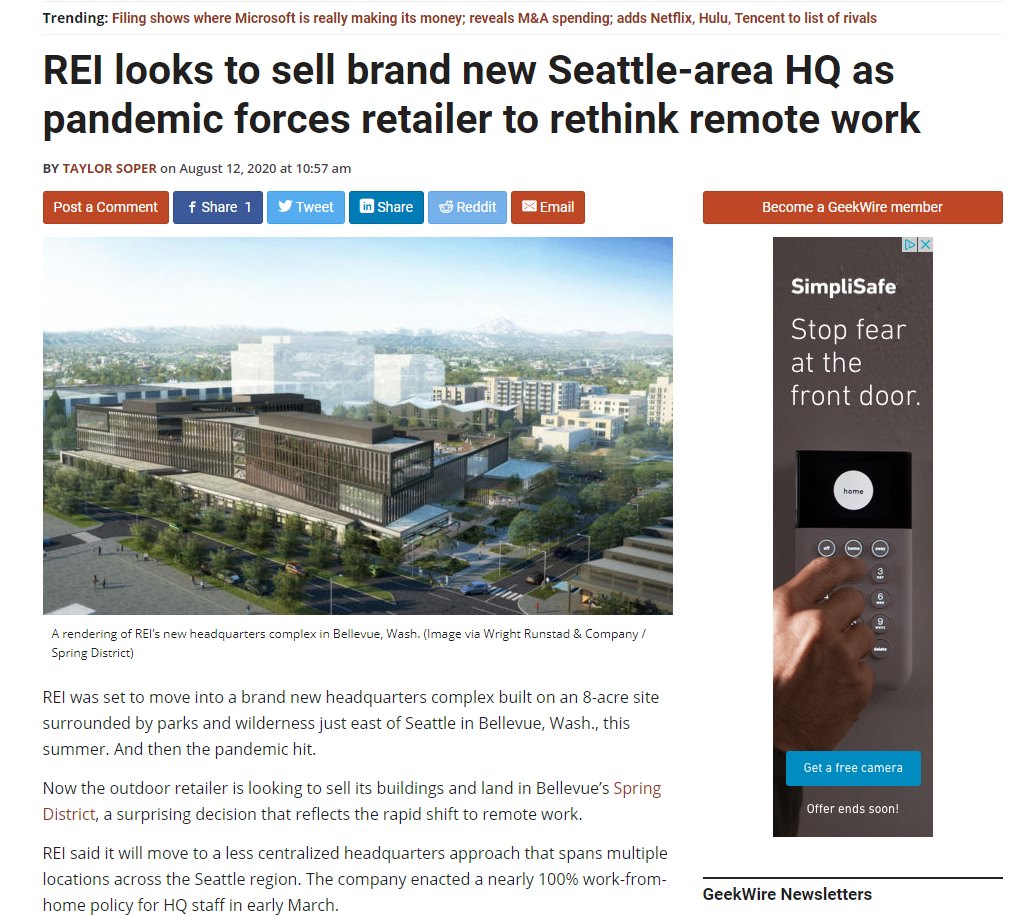